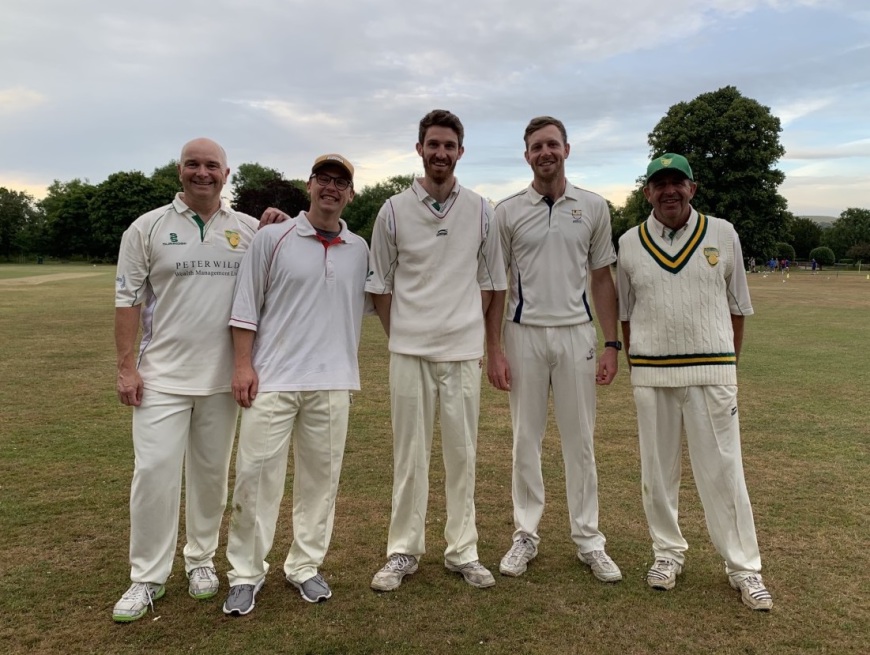 Chidham and Hambrook recorded only their second win of the season with a sublime 37 run victory over Lavant on Wednesday night.

With "The Wild Ones" winning the family fun day tournament on Sunday, the theme continued as the Hawks squad featured no less than five "Wilds" with Andy Wild being joined by his sons Jim and Tom, his daughter's partner Toby and Pete Wild (no relation), and they all played their part on the evening.

Skipper Keith Davey won the toss and elected to bat first and the Hawk's opener Rory Peterson was retired after just 3 overs after hitting five magnificent boundaries. Davey was also heading the same way before being bowled on 13 runs and then Jim Wild and father Andy Wild scored 18 runs each before being caught and bowled respectively. Vinnie and Matt Hill both went for ducks before the scoreboard started rising again with late runs from Tom Wild (16*), Pete Wild (10) and a tremendous 21 runs from Toby, who was having his first cricket match since his school days and hit a six with his very first ball. A special mention to Stuart Turner who also got off the mark with a solitary run to avoid another signature on the Hawk's duck - Hawks finished on 145-7.

Lavant openers Tom C. (1) and Jim (7) were soon out courtesy of a caught and bowled by Matt Hill and Vinnie taking out the latter's off stump and Vivaan also joined the wicket club when bowling number three Rob (4). Ben (19) started things moving for the home side before being bowled by Jim Wild and by the time Tom B. (29*) had retired the game was all but over. A splendid late haul from Rory Peterson (2-0-3-4), thanks to catches from Jim and Tom Wild, sealed Lavant's fate but there was still time for Tom Wild to grab two late wickets with the last two balls of the innings - the first ball in his next match (which could be in several years) will be a hat-trick attempt!

The Hawks host Racqueteers in a Gin Cup fixture next Thursday night at Bosham. 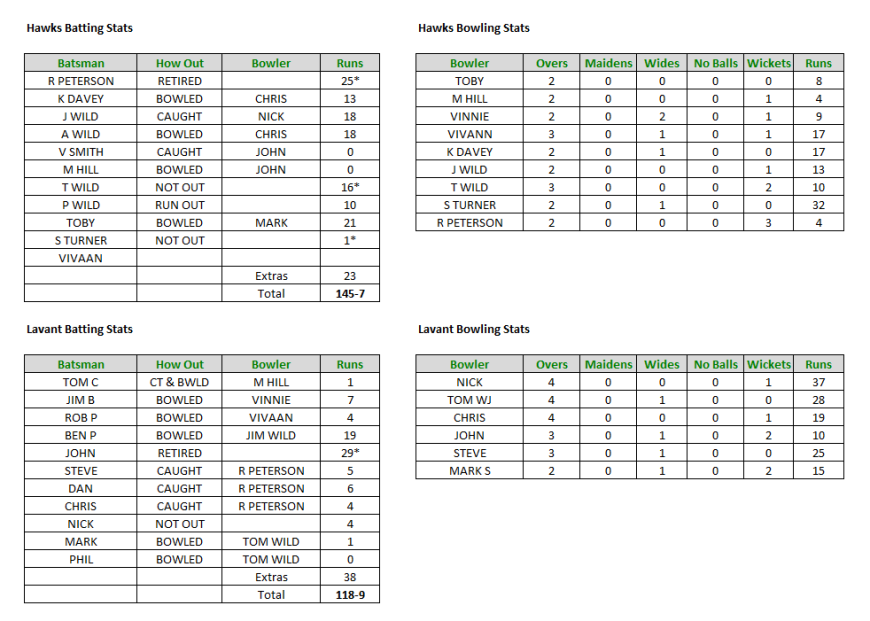