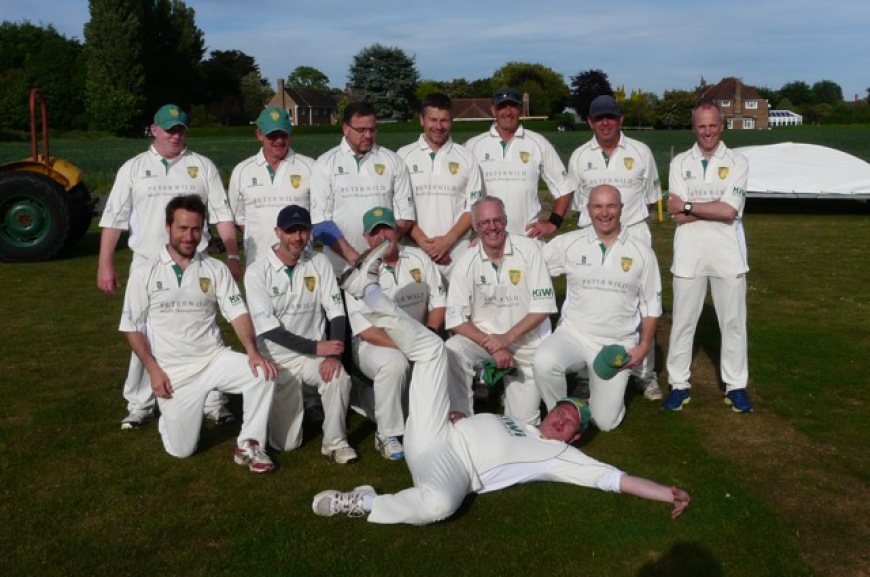 Hawks in their new sponsored shirts

Chidham & Hambrook took their seasonal tally to seven matches unbeaten after a close fought victory over a makeshift PADS team at Bosham on Thursday night.

PADS were several players short for the match and after a late rally cry from Rory Peterson - Keynes, Badger and Lewis kindly stepped in to save the fixture at the eleventh hour and all played their part in making things difficult for the Hawks. Chidham also welcomed back Smith and P. Wild who were both having their first games of the season.

Hawks opened the batting and on an unpredictable wicket Badger soon took the wicket of Dungar. Selves and A. Wild both reached 19 runs before being bowled by Keynes and Bryant respectively but the ever reliable Gottesman quickly reached 25 runs and compulsory retirement. Hawks number 5 O'Donohoe added 18 runs with some superb stroke play and Smith, P. WIld and Davey also contributed to the final score of 126-5.

Gottesman and Dungar opened the bowling for Chidham and in the fourth over Dungar got his reward when bowling out Lewis for 5 runs. Fellow opener Tom was proving hard to take down and he reached forced retirement (26 runs) - Number 3 Mark (16) was heading the same way before being bowled by Smith, recording his first ever wicket maiden in the process. The visitors were edging closer to their target but some tight bowling from the Hawks rear guard and a late wicket from Strudwick left PADS 9 runs short of victory.

Man of the Match: Ben Gottesman