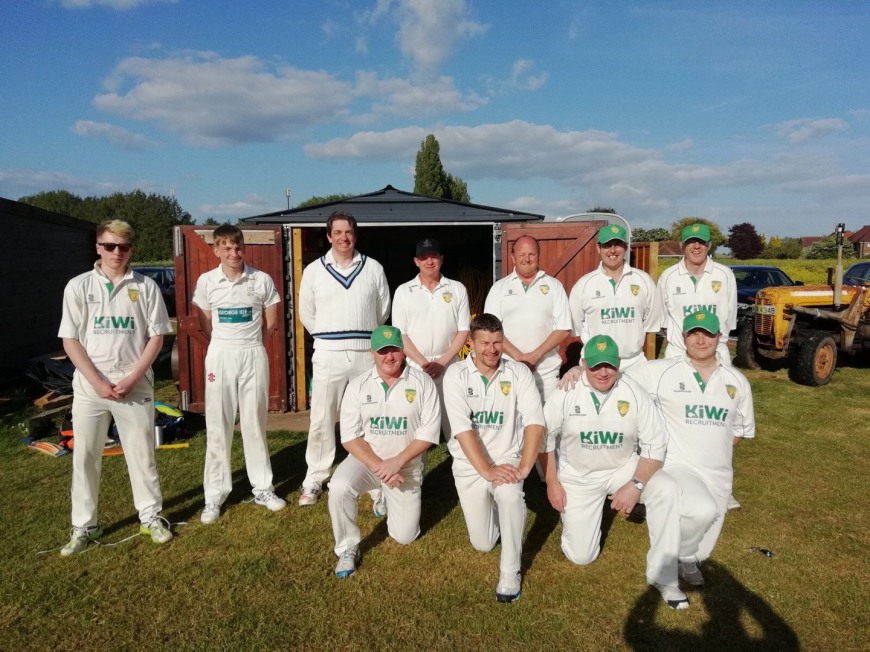 Milburys won the toss and elected to bat

Chidham & Hambrook kicked off their season with a medicore performance against a strong and well drilled Milburys team on Thursday night at Bosham.

The Hampshire visitors won the toss and elected to bat first and set about the Hawk's opening bowlers of J. Phizackerley and Strudwick from the outset. J Newland was soon on his way back to the clubhouse with forced retirement after scoring 4 boundaries and his partner D Etteridge wasn't far behind before being trapped LBW by Strudwick when on 19 runs. The Hawks gifted 25 extras to their opponents during the innings and also dropped catches by Smith and Phizackerley proved costly as Milburys piled on the runs with Farrell and Geoff also reaching forced retirement. A late run out and stumping took the total wickets haul to 3 but the target of 149 runs for the win looked well beyond the Hawks.

The Hawks opening partnership of Burt and J Maynard were restricted to defensive shots by some tight Milbury's bowling and it wasn't long before LT took Burt's wicket when on 5 runs. M Maynard came in at number 3 to join his son at the crease but it was Maynard junior who won the personal battle, scoring 10 before being caught out with Maynard senior making 9 runs before being bowled. The Hawks middle order collapsed with Wild being run out for a duck and O'Donohue and A Clark also unable to get off the mark. Smith was bowled out for 5 runs and Hawks certainly needed a captain's performance when Davey came in at number 7 and they weren't disappointed. He soon reached 26 runs and forced retirement with some exquisite stroke play including 4 boundaries but with the tail enders struggling against some strong bowling, Davey was soon back in play scoring another 10 runs and keeping his wicket intact before the curtain came down.

Both teams retired to the Barleycorn pub - now under new management and seeing the Hawks return to their ancestral home after a two year absence - for some light refreshments and a catch up and the two teams will meet again in early August. There were plenty of positives to draw from the Hawks opening game, not least the £16 collected in the fines pot for bowling, batting and fielding misdemeanours!

Man of the Match: Keith Davey (Skipper's performance with the bat, 36 not out)