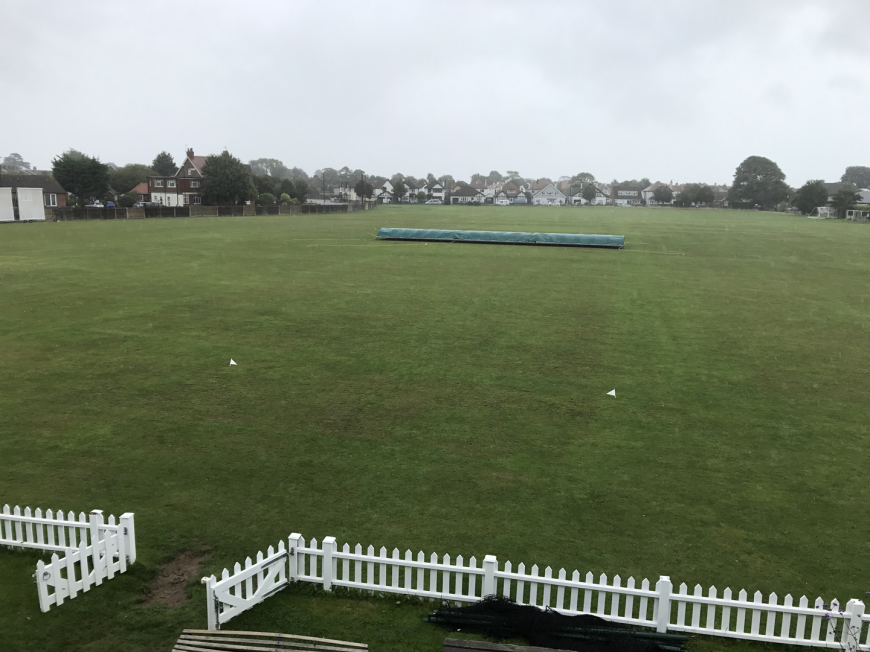 Bognor won the toss and elected to bat

Hawks travelled to Bognor for their last game of the season on Sunday looking for a sixth win of the campaign but it was ultimately the weather which won the day as the match was abandoned with Bognor still requiring 38 runs from the remaining 14 overs.

Chidham were put into bat on a slow wicket and got off to the worst possible start with the ultra reliable Peterson and Tom Phizackerley both going for ducks. Van Niekerk was soon swinging the bat and got up to 13 runs before being caught and with the score at 21 for 3 after 4 overs the situation looked dire and an early finish likely.

Hawks number 4 Smith eventually steadied the innings, knocking several 4s in one over but his playing partners came and went one by one; O'Donohue (4), Strudwick (0), Wild (8) and Burt 1. David Phizackerley came in at number 9 and showed his son the way to bat with some neat stokes and soon got the digital scoreboard ticking over before Smith (26) was eventually caught at mid-off. Steve Clark entered the arena and although he didn't score any runs off his 50 balls he stayed in just long enough for Dungar to arrive, get changed and come in at number 11. Tail-enders Dungar (11) and D Phizackerley (24) added some much needed runs to the Chidham and left Bognor chasing 105 for the victory.

With the wind picking up considerably and the threatening clouds rolling towards towards the Regis Oval both teams agreed to take tea after the match so that every chance was given for a result one way or the other. Bognor initially found runs hard to come by with Peterson and Dungar bowling superbly in the conditions. The break through eventually came when Peterson bolwed out Delaney for 8 runs and then Dungar followed up taking Ahmed LBW for a duck. Strudwick entered the attack and soon had Lindsey caught out for 4 runs and Chidham could sense a sniff of victory, but opener Burns (26) kept chipping away and the Bognor number 5 Woolnough (23) looked very solid for the home team. Ultimately the blustery wet conditions took their toll and batting and fielding became dangerous so it was decided to wrap up the game early and it was probably the Hawks who were the happier of the two teams.

Both teams enjoyed a magnificent tea in the warmth of the Bognor clubhouse as the conditions worsened outside and then a number of the Hawks players stopped off at the Walnut tree on the way home for a pint and a reflections on a memorable season which saw Chidham finish with 5 wins, 7 defeats and 1 draw (6 matches postponed). All sights are now set on the Chidbrook cup at Bosham next Sunday and then a golf society and the annual awards ceremony in November.

Man of the Match: David Phizackerley (taught his boy a thing or two in an amazing last stand for the Hawks) 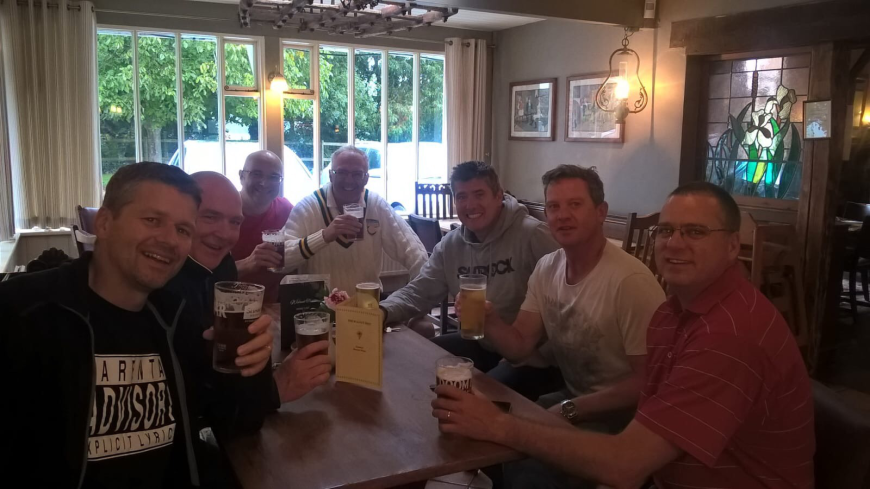