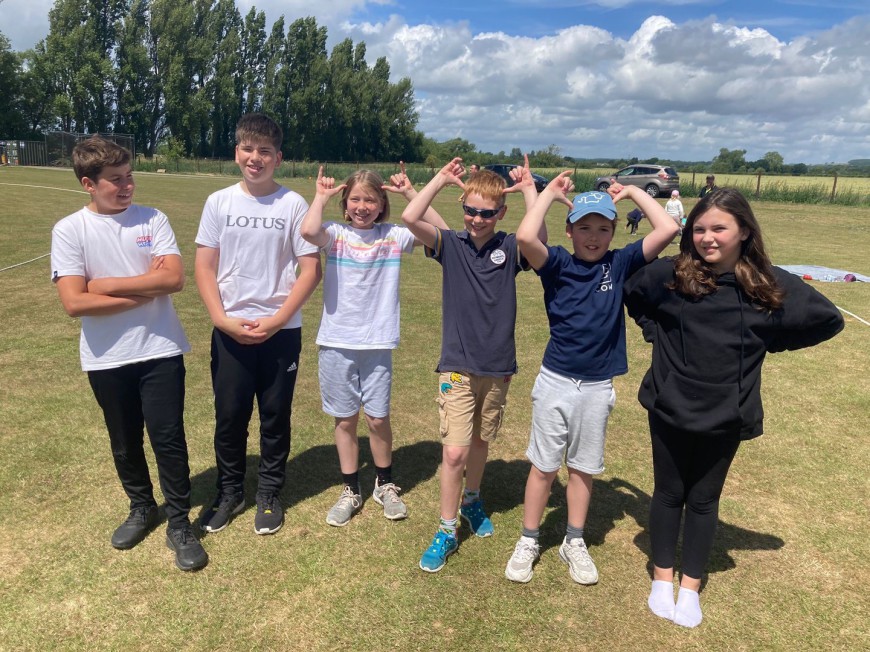 Chidham & Hambrook Cricket Club hosted their inaugural Family Fun Day at Bosham on Sunday 26th July and around 100 people attended the memorable event, sampling village cricket in a relaxed atmosphere whilst enjoying a burger and an ice-cream.

A total of seven teams entered the competition, with each team consisting of six players of various ages and abilities. Each team played two twelve over games, with all players getting a chance to bowl, bat and field on the Bosham cricket pitch. The winning team were "The Wild Ones" (pictured above) who scored a total of 104 runs in their two matches, 37 runs clear of the next best team "Averys", with "Mr Whippy" finishing third on 65 runs.

The event concluded with a lucrative raffle featuring multiple vouchers from local businesses and plenty of alcohol, with most families winning a prize or two. The proceeds from the day were donated to local charity PACSO (Parents are Carers Support Organisation) which supports children with disabilities aged 0-25 and their families in the Chichester and Arun districts of West Sussex. The PACSO Fundraising Manager Sarah Webster attended the event with her children, who also took part in the cricket tournament, and they had a really enjoyable time. The following week Sarah was presented with a cheque for £550 from a number of the Hawk’s players (pictured below) and it’s hoped that the cricket club can support PACSO in other ways this season.

The Family Fun Day wouldn't have been possible without the herculean efforts of the Chidham & Hambrook CC Chairman Rory Peterson and a big thankyou also goes out to the following:

Jason Burt for providing the cakes from the Farmhouse Bakery

The various Hawks players who helped setup the event, organised the raffle and umpired the matches 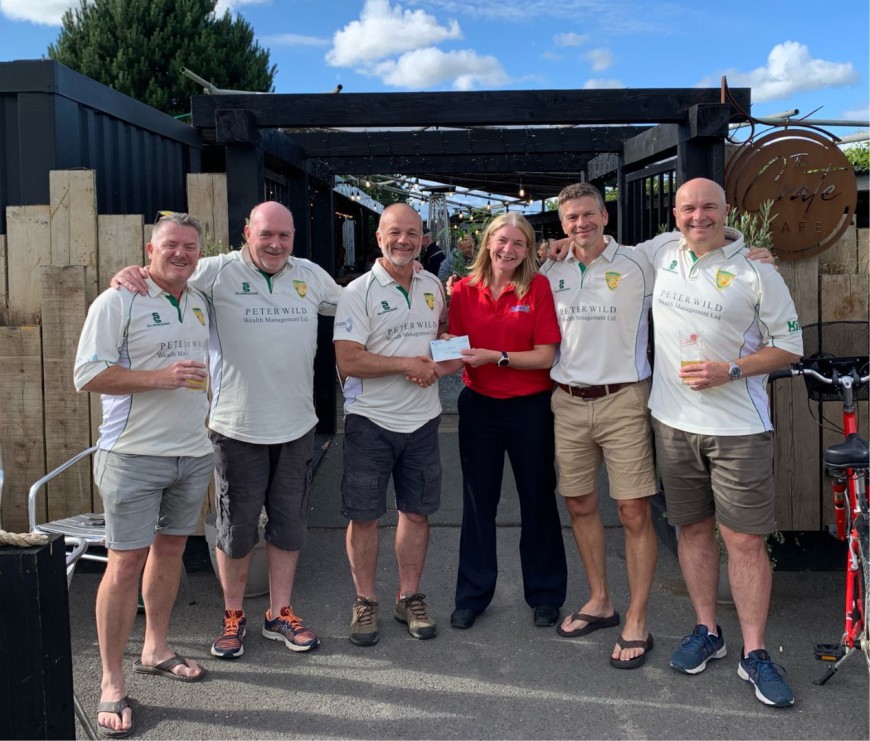 Sarah Webster receiving a cheque for £550 from the Hawks