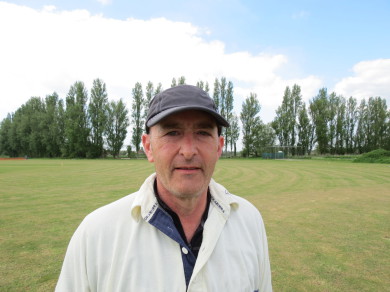 Compton won the toss and elected to bat first

Chidham recorded their best win of the season at Bosham on Thursday evening with a comprehensive 10 wicket defeat of the Coach and Horses from Compton.

With heavy showers throughout the day the match was somewhat in doubt but despite the water getting under the covers and the wicket being rather sticky, the game got the go ahead with the assistance of some well placed sawdust.

Compton won the toss and their batsmen were soon on the back foot when Gottesman took 3 wickets for just 8 runs from his 3 overs. Debutant Gursaant also took a wicket and recorded a maiden during his 3 over spell and not to be outdone Adam Selves also got 2 wickets for just 10 runs. Mike and Johhny Maynard also took a wicket a piece late in innings to leave Compton on 79-9 from their 16 overs.

Peterson and Selves opened for Chidham and they both reached their forced retirement figure of 25 with consummate ease despite some heroic fielding from the visitors. Gottesman and Johhy Maynard then saw the Hawks through to victory with 12 balls and 10 wickets to spare.

Both sets of players enjoyed a salmon and prawn tagliatelle back at the Barleycorn and some of the old school Hawks players stayed late to enjoy some Chichester Harbour G&Ts.