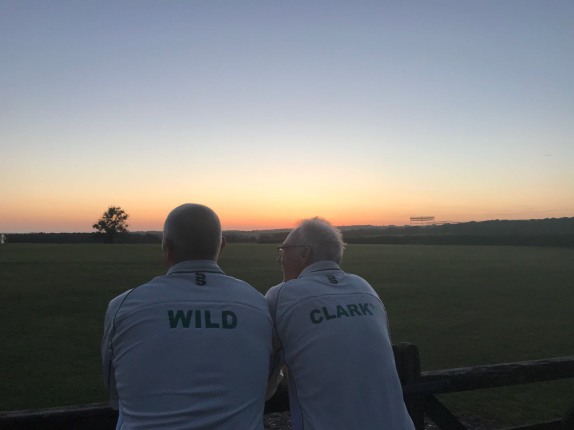 Chidham won the toss and elected to bat

It was a struggle to get this match on due to lack of player availability but thankfully Howard Fountain and Charlie Constable came to the rescue for the Hawks and the team went into battle with ten troops. Both stand-in players had a good knock with the bat, Charlie scoring 20 runs before being caught out and Howard hitting 17 runs before being out LBW. Ben Gottesman was top notch as always scoring 27 runs without loss (retired) and Pete Wild also scored 8 runs before being caught out. The rest of the team produced an indifferent performance and five ducks left the Hawks on 112 all out from their 20 overs, a useful score most weeks.

The Hawks bowlers managed to keep the PADs run rate down with some tight bowling but they just couldn't make a break through with the wickets. Brindley and Court both retired on 25 runs and Worlsey and Harney were both run out, Pete Wild hitting centre stump from a distance for one of those. Matt Rawlinson also took a late wicket but eventually PADs won the game with 3 overs and 7 wickets to spare.

Man of the Match: Ben Gottesman (27 not out and tight bowling figures)