Chidham and Hambrook appeared to have set a decent target on Wednesday night with Peterson (23), Burt (16), Davey (23) and Gottesman (25*) all contributing to the 107 runs for the loss of only 4 wickets. Three of those wickets were taken by the Grocotts - father Nick took 2 wickets for just 10 runs in his two overs and son Rhys took the wicket of Burt in his first maiden over and conceded only 4 runs in his next 2 overs.

Lou's Casuals, who also featured a third Grocott in the guise of Nick's other son Kieran, looked to be struggling early on as Clark Jnr took the wicket of Matt for a duck and Strudwick took the wickets of Simon2 (7) and Gary (6). Mick (25) and Tom (27*) got the home side back on track and Dan Firman and Rhys Grocott finished the job off with one over and 5 wickets to spare. The return match is next Wednesday at Bosham where the Hawks will be gunning for revenge. 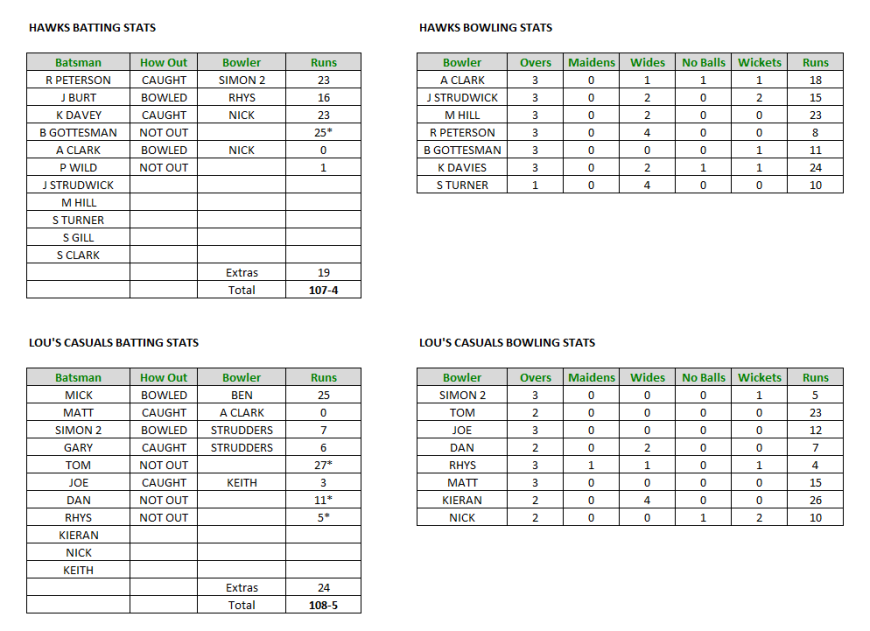