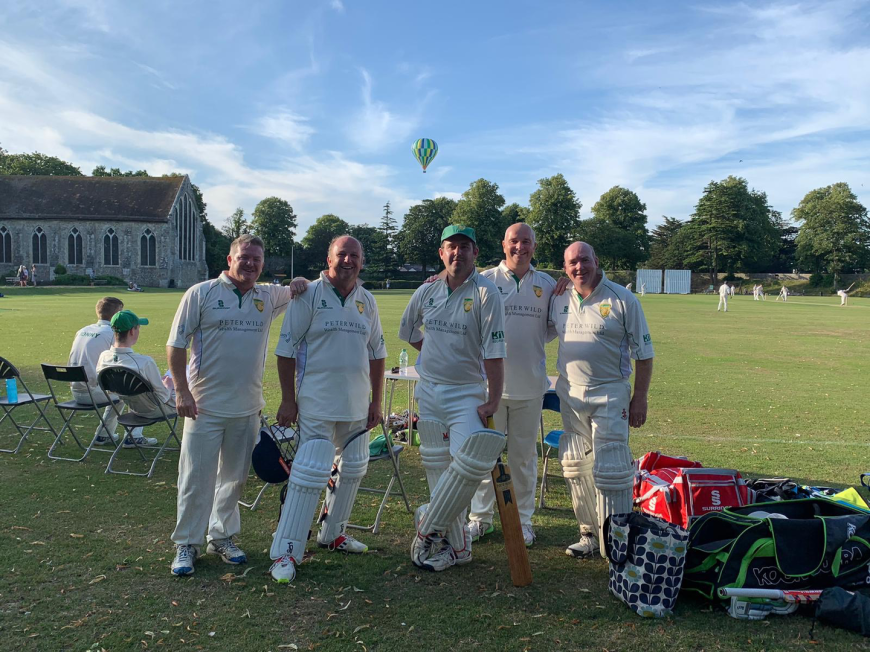 The Chichester Cathedral bells tolled for the Hawks during the last few overs of a match which saw the Taverners cruise to a 6 wicket victory on a beautiful sunny evening at Priory Park.

Once again Davey won the toss and elected to bat first with Tom Phiz and Johnny Maynard put straight in the firing line - both batsman held their nerve against experienced bowlers with Phiz making 22 runs before being bowled by Heaven in the 7th over and Maynard was caught and bowled on 17 runs a few overs later. Jimmy Wild made a welcome return to the Hawks line-up and batted well before being bowled by Barkdean on 24 runs late in the innings.

His supporting cast had come and gone one by one though with Jimmy's dad Andy (1), Keith (2) and P Wild (0) all bowled cheaply - V Smith managed to hit a couple of boundaries (always nice to hit a six at Priory Park) before being bowled by Gibbard on 11 runs and the same bowler took A Clark's (8) wicket with the very last ball leaving Hawks on 101-8.

Maynard and Clark opened the bowling attack and Maynard got his just reward in the 7th over when bowling out Bright with a neat delivery. Strudwick and Phizackerley were unable to make any inroads with their overs - Phiz bowling a nice few balloons coincedentally on the same evening as a hot air balloon, complete with Hawk's colours, floated up over the northern edge of Priory Park.

Jimmy Wild took 3 excellent wickets late in the game (two of which were caught and bowled) but the Taverners always had plenty in hand and reached 102 runs with 9 balls to spare. Jimmy was on for a hat-trick of wickets at one stage and as the fielders crowded around the batsman for the third wicket in-a-row, Jimmy despatched a "Wild" ball which went for 5 wides - jug avoidance of the highest order!

Both teams retired to the Nags Head after the match where the Hawks players listened attentively to Andy Wild's tales of lunch time service in some of the local pubs - hopefully he will write a book on the subject one day! 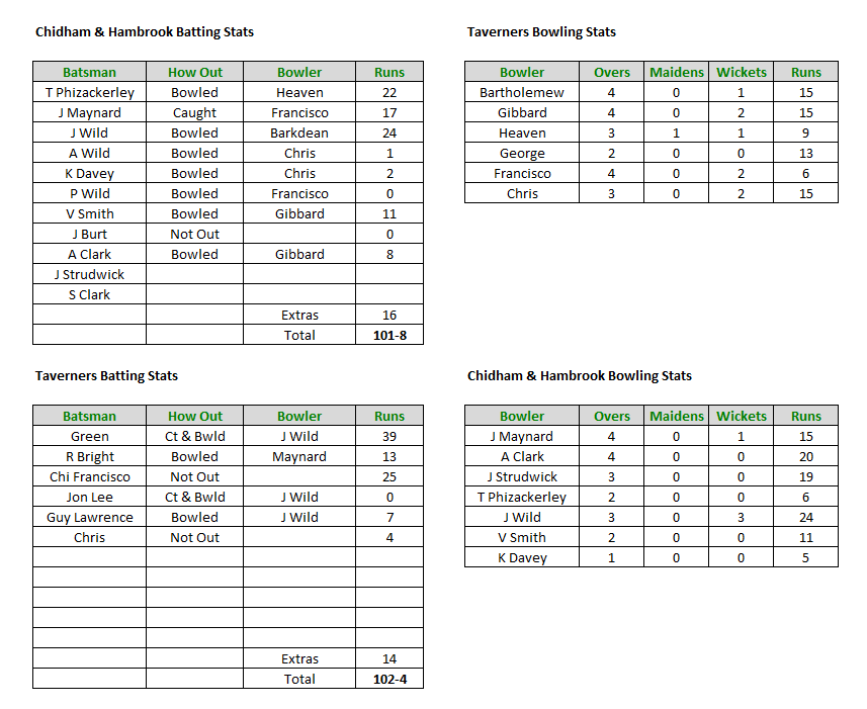