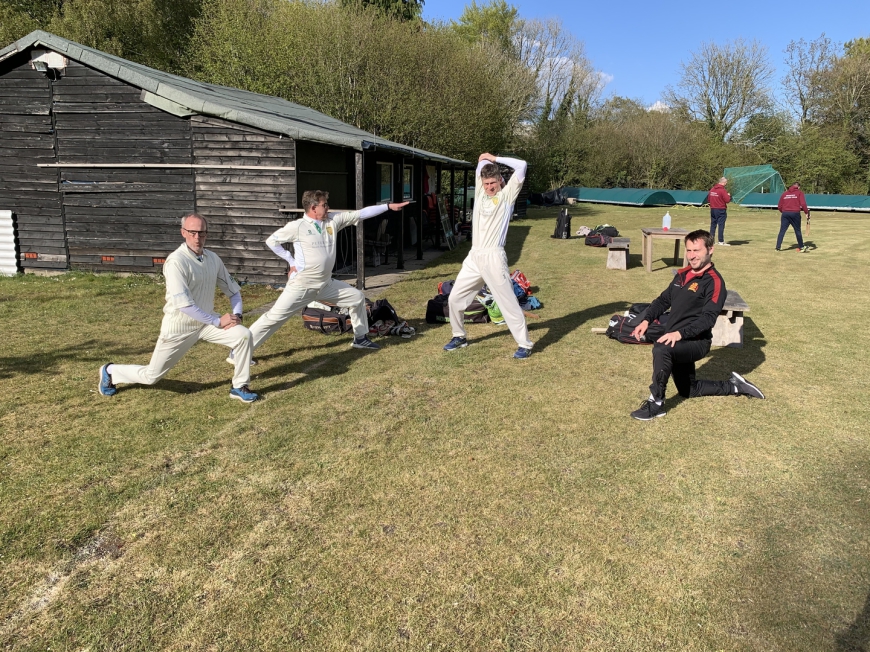 Chidham & Hambrook were comprehensively beaten by Milburys CC and their artificial wicket at a chilly Upham on Thursday night.

Following a pleasurable forty minute drive through the beautiful Hampshire country side and a good team stretch on arrival, Hawk's scorer Steve Clark won the toss and elected to field first. O'Donohoe and Burt thankfully stepped in to replace the late withdrawals of Gottesman (injury) and Pine (work commitments) to give Chidham a fighting chance of recording their first win at Milburys at the fifth attempt.

Clark Jnr and Peterson got the visitors off to a great start with a wicket a piece (Peterson taking an excellent catch for Clark's wicket) for only a few runs but Milburys soon got the bat swinging and found the short boundary on numerous occasions. Matt Hill added a wicket late on but by the close of the innings the home team had amassed 153 runs from their 18 overs.

Peterson and Strudwick opened the batting for the Hawks and the former was soon retired with a quick 27 runs. Strudwick, who turned 57 last week, took one to many risks and was run out on 18 runs, Andy Wild was bowled for 13 after a good knock and O'Donohoe suffered a golden duck and a fine. Pete Wild survived a first ball LBW scare to score a decent 12 runs before being bowled and Smith was soon gone for 2 to the same young bowler. Davey (17) and Selves (5) were left at the crease at the end of the 18 overs with the Hawks 53 runs short of their target.

Chidham skipper Keith Davey said after the match, "We were unlucky tonight chaps and they were certainly more used to the artifical wicket than us, hopefully we can gain revenge when they come to Bosham next month."

A big positive from the night, apart from the beer, sausages and chips in the local public house, was that there were no more injuries to add to the growing list, with Gottesman, S. Clark and Turner already out for a few weeks.

Hawks Man of the Match: John Strudwick (Good all round performance by the Birthday boy)