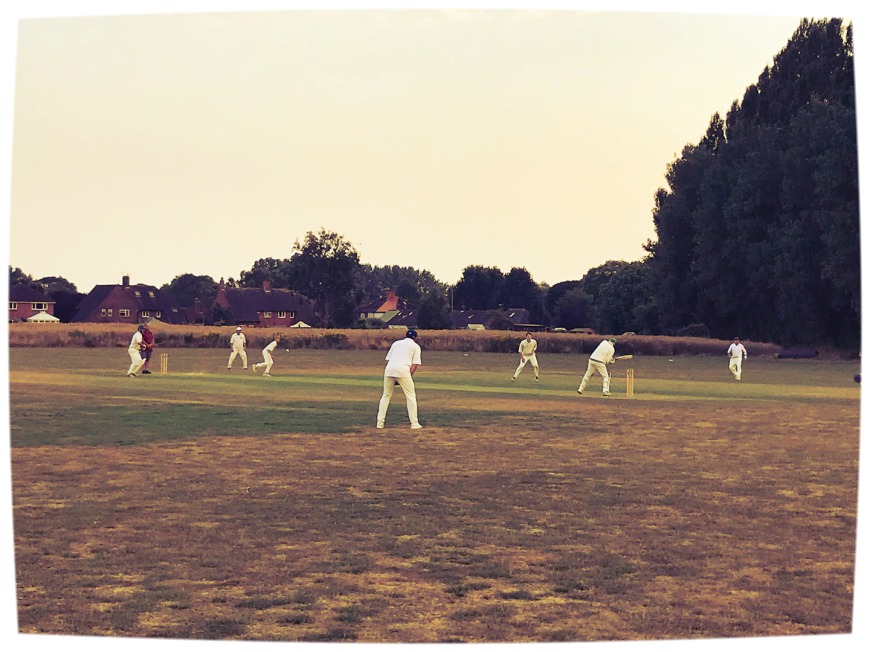 Racqueteers won the toss and elected to bat first

The Hayling Island Racqueteers exacted revenge for their defeat two weeks earlier by beating Chidham & Hambrook in a close fought match at Bosham on Tuesday night.

Due to another fixture mix up Hawks turned up at Delling Lane to be greeted by a Bognor team complete wilth multiple youth players and family members who were unfortunately sent on their way again - as the game turned out Hawks would have probably prefered to have faced Bognor on the evening.

Racqueteers won the toss and elected to bat just as they had done in Hayling but Hawks opening bowlers of Peterson and Gottesman restricted the runs with some tight bowling. Peterson secured 2 wickets for just 6 runs in his 4 overs and Gottesman took 1 wicket for 18 runs leaving the visitors on just 32 for 3 after 8 overs. One of Peterson's wickets included that of ex-league player Cottle, who was bowled out for the first time this season having carried his bat in every previous game. Adam Selves, with his expert field placement, also secured 1 wicket and a run out for just 11 runs from his 3 overs and Van Niekerk gave away just 15 runs from his 3 overs. Keynes and Strudwick (1 wicket and a run out) entered the fray and saw the innings out for the Hawks but they were unable to get the wicket of young Olli J (25 retired) and the Racqueteers ended up on a respectable but very beatable 100-6.

Chidham opener J Burt was soon caught for just 2 runs and partner R Peterson suffered the same fate when on 10 runs. Van Niekerk and Gottesman started to get the runs flowing until Big Ben (13) was finally bowled out by a Cottle delivery, the first time Ben had not carried his bat this season either. Van Niekerk soon followed when on 18 runs and Smith (2) and Davey (4) weren't far behind. With no player in the hutch the game started to slip from the Hawk's grasp and despite a gallant effort from the tail enders the home side ultimately fell 8 runs short of their target.

After the depression of the night before which saw England lose their World Cup semi-final, the Hawks players were at an all time low but a few beers and some chinese grub in the Barleycorn soon put things back in perspective.

Man of the Match: R Peterson (excellent bowling figures and steady with the bat, J Burt a close second for his energetic fielding skills) 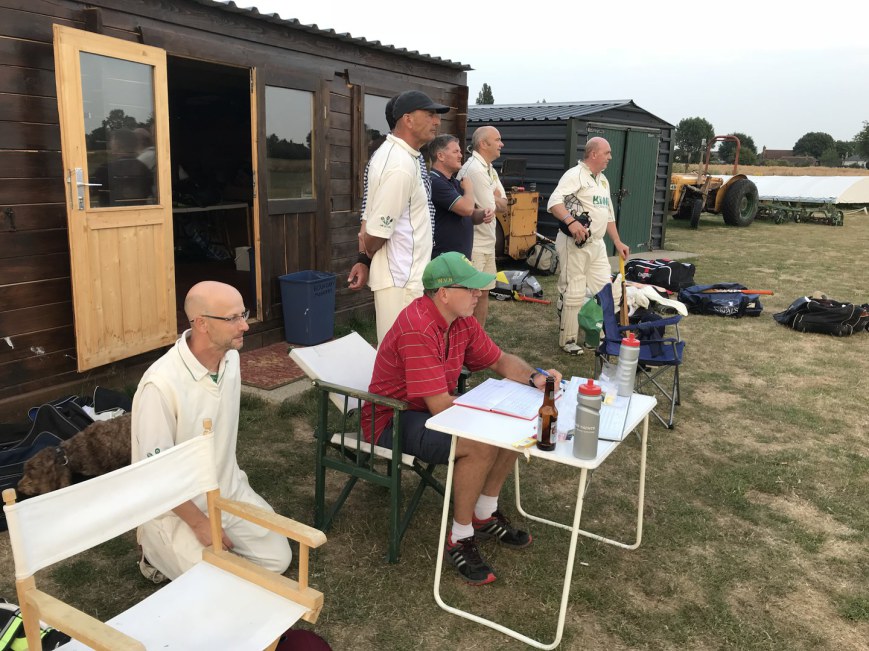 Hawks players look or nervously as the game slips their grasp