HAWKS PUT ON THE RACK IN GIN CUP 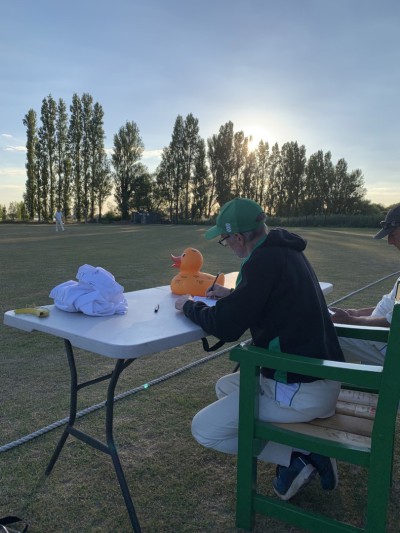 The Hawks Duck had a few signatures

Hawks stalwart, Andy Wild, was promoted to skipper for the first time in fourteen years against Racqueteers in the Chichester Harbour Gin Cup at Bosham on Thursday night, and he probably hopes it will be fourteen years before the next opportunity.

The reigning CHG holders opened the batting and got off to a lightning quick start with Cottell reaching 12 before being bowled by A Clark. Clark also got the wicket of Danby (22) thanks to a catch from debutant Pete Webster, husband of PACSO fund raiser Sarah Webster, and then also bowled Truman for a duck. In between, A Pine got the well-deserved wicket of Weller (15) after some tight seam bowling and with Gottesman taking the wickets of Zak (6, caught Turner) and Neil McCue (5) in the middle order, Hawks looked in a strong position. However, Boyce (26) and Mikey (25) both reached retirement, before V Smith bowled and run out Ben (5), leaving the tail enders Mark and Collier to add 15 late runs.

Hawks set about chasing the huge target of 162 runs for victory and got off to a poor start with Cummings and skipper Wild both going for a duck and Turner going for 3 runs. Will Parker was the only bright spark in the Hawks batting order and comfortably reached retirement before coming back in to record 45 runs in total not out on the night. Andy Pine (15) was the only other batsman to reach double figures and Simon G also added his signature to the Hawks duck as the home side fell 63 runs short in their quest.

Chidham and Hambrook will need to win at Racqueteers in the return leg next otherwise the CHG Trophy will be out of reach. Andy Wild officially resigned in the morning with the following topical light-hearted statement, "It is clear to me that it is the will of the team that it is time for a new leader - when the herd moves the herd moves. So I have asked the committee to work to appoint a new captain for Sunday's game against Emsworth. It was my honour to skipper the side (after 14 years), however I will return to the back benches and give my unstinting support to my successor(s). 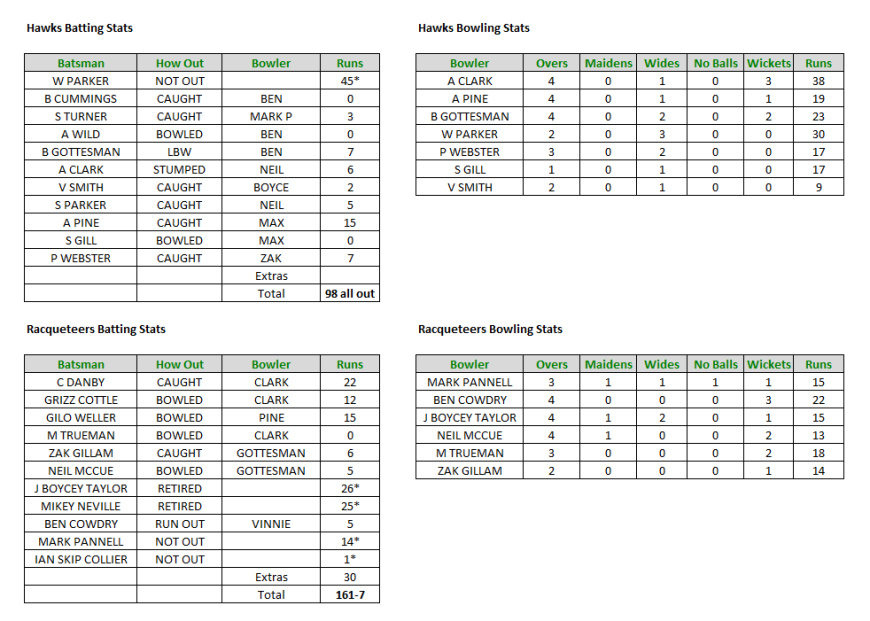 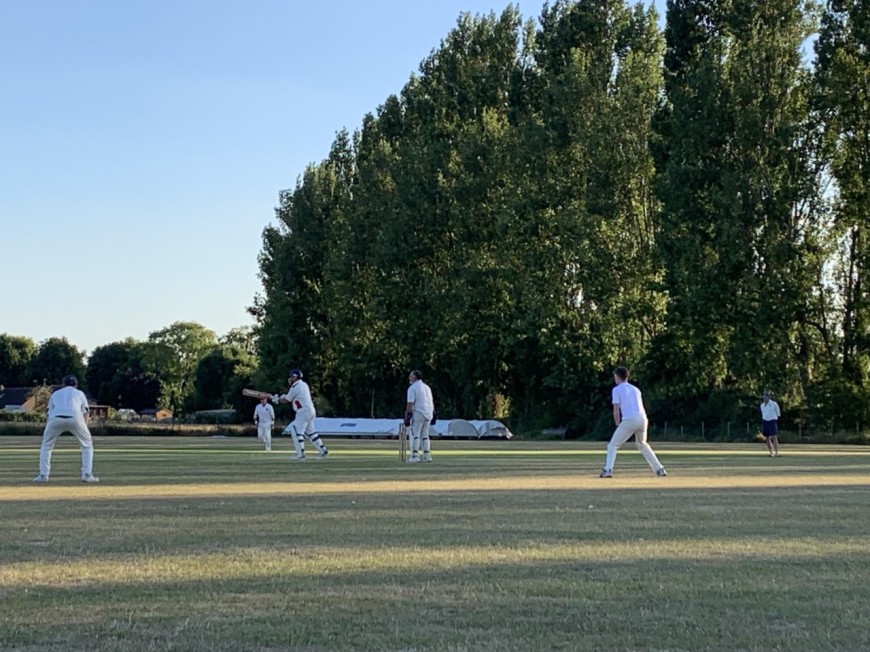