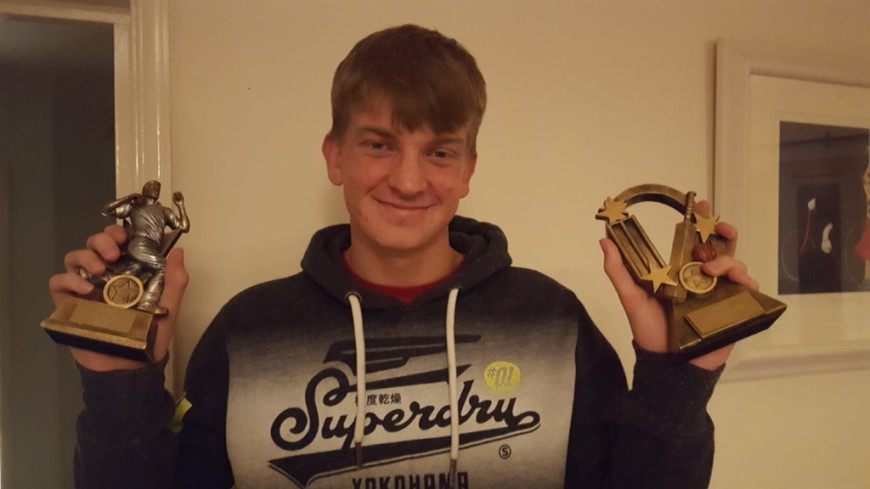 Johnny Maynard - 25 runs not out and 2 wickets

Chidham and Hambrook suffered another heavy defeat on Thursday night as the Coach & Horses ran rampant at Bosham.

The visitors elected to bat first and despite Andy Clark taking the early wicket of opener Jack Coles (8), the next three batsmen were tough to remove with Charlie (29*) and Pat (26*) both retiring and Damien was only one short before being taken by J Maynard (caught S Turner). The scoreboard slowed down mid-innings with Maynard taking a second wicket LBW and Davey getting on the action with a caught and bowled, but captain Gregg added 26 late runs to set the chase at an unlikely 156 for victory.

The Hawks started off brightly against a tough bowling attack until A Clark (11) was eventually bowled by Ryan and then the wickets started to tumble - Davey, Cummings and Hill all recorded ducks with A Wild and P Wild just scraping into single figures. Opener J Maynard (25*)  reached force retirement and Nick P (21) and Badger (22*) both added some respectability to the score but the Hawks eventually lost by 30 runs.

Chidham travel to Lavant next Wednesday evening for a 20/20 fixture.# 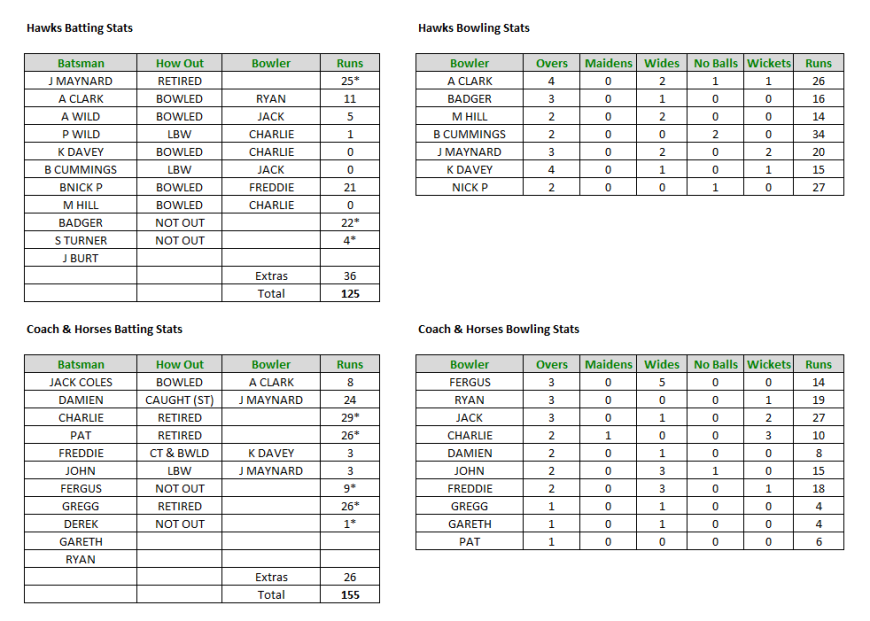