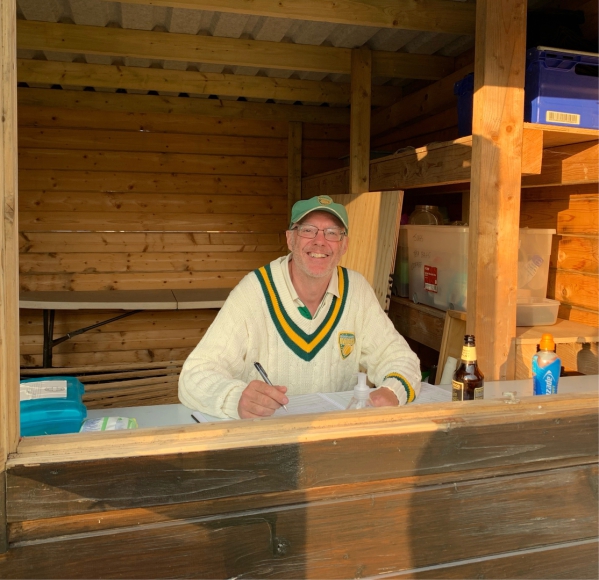 A strong Bosham team featuring several first teamers comfortably beat Chidham & Hambrook on a chilly Thursday night in the Chichester Harbour Gin Trophy. Having received the wooden spoon in the tournament when the cup was last played in 2019, Bosham made ammends with a strong innings of 166-9 off 20 overs - Ellis (30) and Coxy (27) both retiring in the process. Gottesman, Selves and Strudwick got two wickets each and a real positive for the Hawks was the fielding with no less than 6 catches being made although Steve Clark did injure his ribs when diving for a ball.

The Hawks innings never really got going although John Strudwick was one short of retirement against his old team before being undone by an LBW shout. Adam Selves was the only other player to reach double figures and Matt Hill and Steve Turner recorded the first golden ducks of the season. In the end Bosham were a class above the Hawks and have a good chance of winning the 2021 CHG Trophy on this performance.

Hawks Man of the Match: John Strudwick (24 runs and a couple of wickets against his old team) 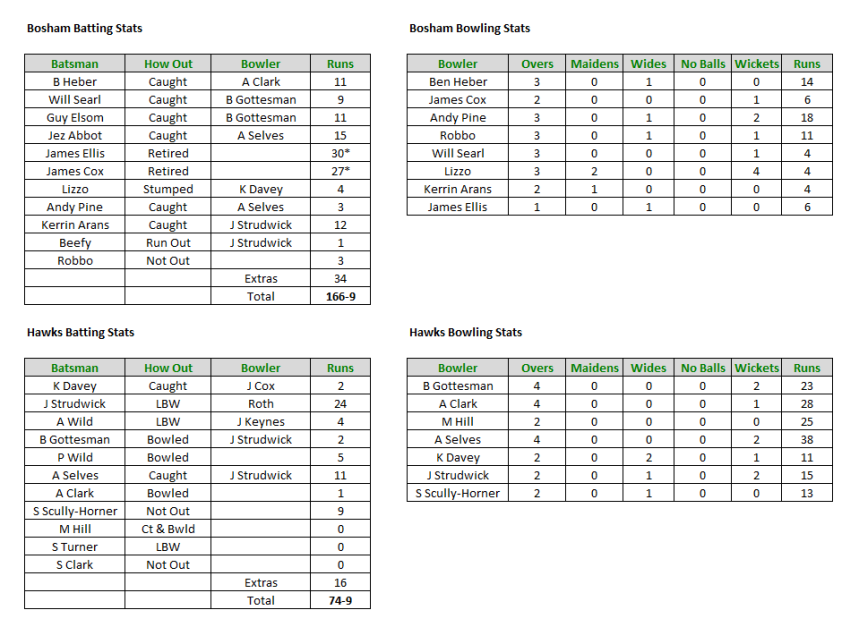