Hawks Cruise to Victory over Emsworth 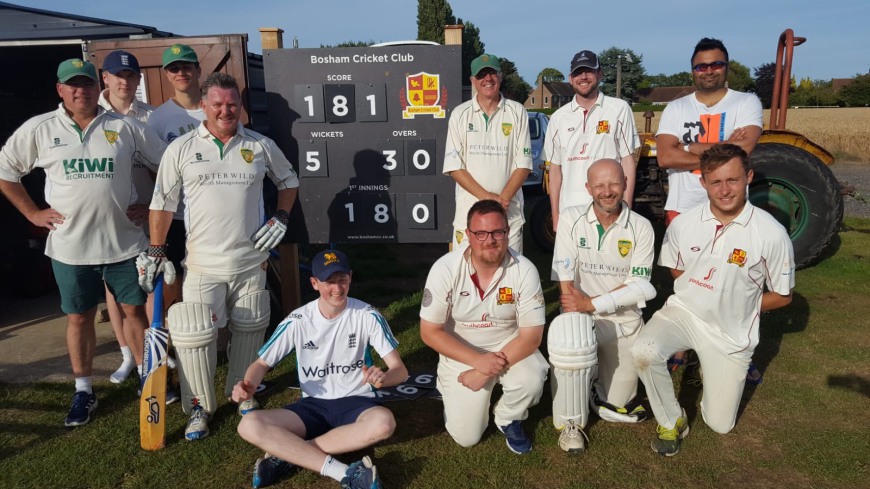 Hawks cruised to a five wicket victory over Emsworth at Delling Lane on Sunday. Skipper Keith Davey won the toss and elected to field first on a sticky wicket which had been flooded two days before. Will Parker and Keyno took a wicket a piece but none of the Hawks bowlers were able to dislodge Clive P who scored 103 runs before retiring and Emsworth reached 180-2 after 35 overs.

Following tea Will Parker (34) and Tom Phiz (64) started off brightly before both being caught out and Gursaant (19), Van Niekerk (14) and Young (13) all contributed some fine runs. Ultimately it was left to the Hawk's stalwarts of Davey (16*) and Keynes (17*) to see the Hawks over the line with 5 overs to spare.

Hawks Man of the Match: Will Parker 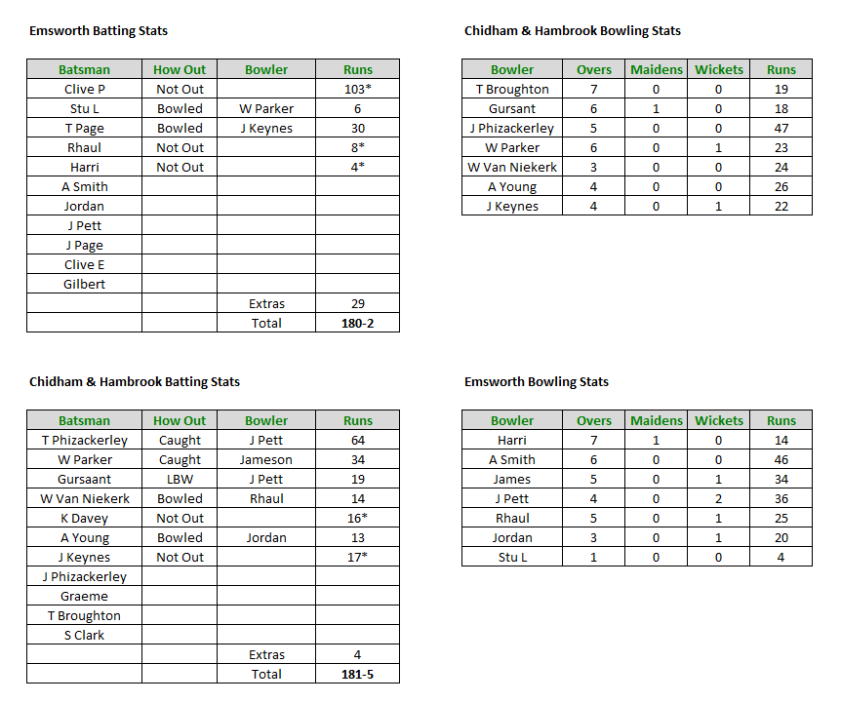