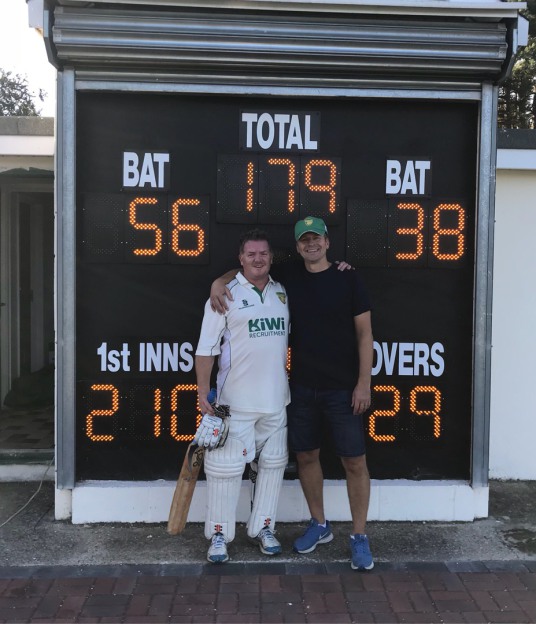 The curtain came down on Chidham & Hambrook's cricket season with a disappointing 64 run defeat at the Bognor Oval on Sunday afternoon but the beating could have been even more severe if it wasn't for personal best scores for two of the Hawk's mid-order batsmen.

Bognor and Chidham finally got to play each other after two fixture mix-ups earlier in the season and even then the Hawks were apparently one hour late for this game, played in beautiful late summer conditions on a fair pitch for both sides.

Bognor were able to field a strong side which featured several prominent youth players and Bognor 2nd XI team members and with the home side forced to bat first, openers M Woolnough and I Ashmore soon set about the Hawk's bowling attack. Ashmore was finally bowled by Paul Walmsley - making a welcome return - when on 34 runs and M Woolnough soon followed on 46 runs, after an LBW shout by Adam Selves. His son J Woolnough came in at number 3 and was soon smacking the ball around enroute to 53 not out with his captain asking him to retire at that point. It was a true family affair as B Woolnough also scored 44 runs not out but there was a late wicket for Keith Davey when P O'Donohoe caught S Jays at mid-wicket.

Following a sumptious tea in the Bognor clubhouse the Hawks set about chasing down the Bognor total of 210 runs with J Burt and A Selves the selected openers. Burt was soon gone for a duck after being bowled by J Woolnough and Selves wasn't far behind when being caught and bowled by R Maskell. Van Niekerk was then bowled by J Delaney on 4 runs and O'Donohoe (1) and Wild (0) became the second and third victims of R Maskell.

It looked as if the Hawk's wouldn't see out 10 overs let alone 30 but Walmsley and Smith were able to get the visitors through to the 20 over stage with some tidy batting - Walmsley reaching 15 before being succumbing to an LBW appeal by Jacobs and Smith reached a personal best of 38 runs before losing concentration and being run out. This wasn't to be the only PB of the day and Hawk's skipper Davey rattled off boundary after boundary in the last 10 overs to reach 56 runs not out and late runs from Dungar (12) and Strudwick (6) left the Hawks on 146-8 by the end of the contest.

The fact Chidham saw out the 30 overs after such a poor start was a small victory in itself but following six victories on the bounce this defeat was a little hard to stomach. The Hawks final record this season was Played 16, Won 9, Lost 7 so the team is definitely on an upward curve and sights are already set on a successful 2019 campaign. Before that though there is the small matter of the Chidbrook Cup next Sunday at Bosham (1pm start) which is played between the local villages of Chidham and Hambrook - Hambrook have won the last 4 renewals so Chidham will be all out for revenge!

Man of the Match: Keith Davey (Skipper recorded a PB with the bat and took a wicket)