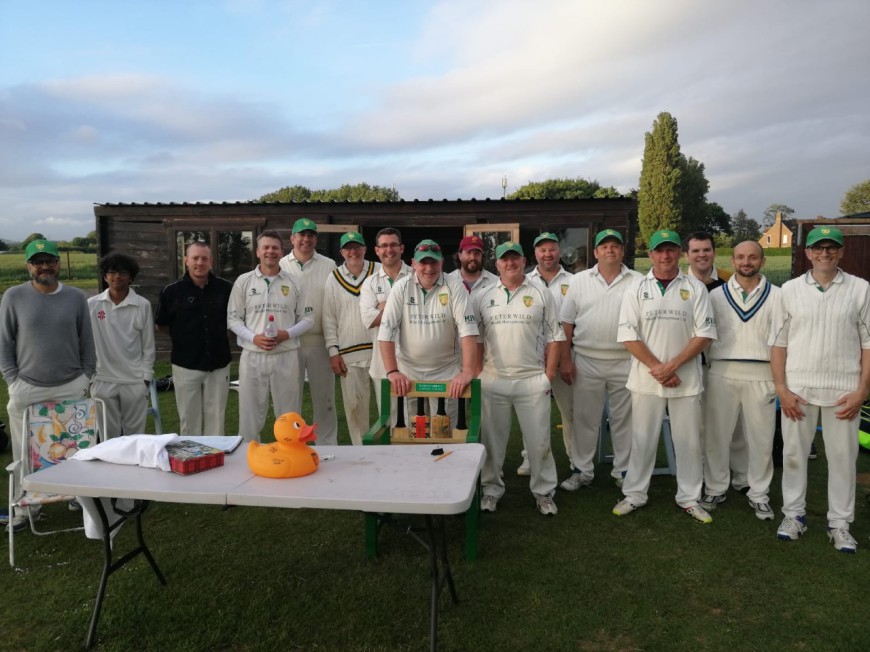 John Strudwick's Hasbeens team proved they were no back number with a comprehensive 17 run defeat of Martin Smith's Wannabees team in the internal CHCC 100 match on Thursday night. The purpose of the night was to have a friendly in-house match to give some new players a chance of playing competitive cricket and also to give everyone a chance at batting and bowling regardless of ability.

Smith won the toss and elected to field first with newcomer Simon Gill bowling out S Clark in the first over. B Cummings took the wicket of S Turner (3) thanks to a Peterson catch and Davey caught Maynard (4) on the boundary to give Nick P his first of 3 wickets - Pine (7) who unfortunately hit a six and Strudwick (16) caught by Cummings behind were the other two victims. Smith caught and bowled Hill (7) earlier in the innings, A Clark (13) and T Brewster (27) both hit sixes to knock themselves out J Burt added 3 late runs to leave the Hasbeens on 121-7.

The Wannabees opened with the father and son pairing Anupam and Vivaan and things were running smoothly until Anupam (8) was run out closely followed back to the clubhouse by Vivaan (5) who was bowled by M Hill, caught behind by S Clark. Then things took a turn for the worse for the Wannabess with the next four players all having to sign the Hawk's rubber duck - Sonny bowled by Maynard (caught Hill), S Gill and Nick P both bowled by Hill, the latter caught by Pine and Cummings bowled by Maynard. Davey also suffered the same fate after being bowled for a duck by Strudwick which left just Smith and Peterson at the crease chasing 70 odd runs off the final 5 overs. The outcome was never in doubt thanks to some tight bowling by the Hasbeens bowlers and the chase ended up 17 runs short - Smith (26*) and Peterson (23*).

The players returned to the Barleycorn for refreshments and all agreed what an enjoyable evening it had been, everyone getting a chance of bowling and batting and also great to see some new players - one of which, Simon Gill, won the team scratchcard. 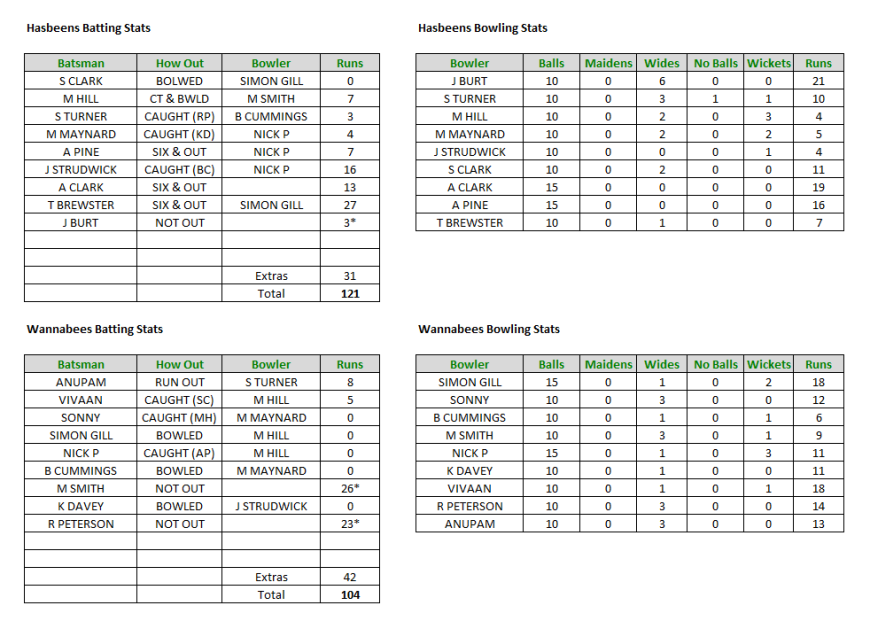