Hawks Take a Hell of a Beating at Westbourne 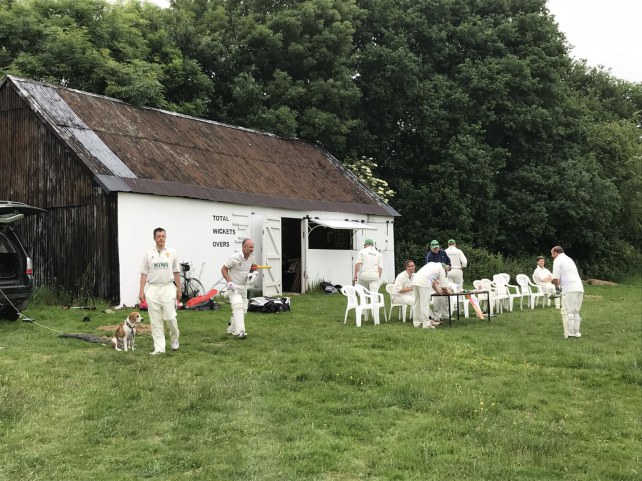 Westbourne won the toss and elected to bat

Chidham & Hambrook were taught a stern lesson by a strong Westbourne side on Thursday night, suffering their heaviest defeat since losing at Findon in the 2017 National Village cup.

Westbourne won the toss and elected to bat first on the spongey wicket and the first four overs went the Hawks way with Peterson giving away just 3 runs in the first over and then Strudwick taking a wicket with his first ball. After four overs the home side were only 20-1 but then the flood gates opened and Westbourne were frequently finding the boundary on the small pitch. Peterson and Strudwick both took a wicket in their final overs and Andy Clark also had some tidy bowling figures taking 2 wickets for just 13 runs in his 4 overs but by the end of the innings Westbourne had amassed 177 runs.

Peterson and Burt opened the batting for Chidham and both found runs hard to come by with Petterson eventually being caught from a Cowdray ball on 9 runs. Van Niekerk, O'Donohoe Davey all went for ducks and with the score at 22-4 after 10 overs the Hawks already knew their fate. Smith joined Burt at the crease and evetually got the bat swinging - scoring three boundaries in a row at one stage and also knocking a six to record a personal best of 36 runs not out. Burt was eventually out LBW (bowled Malley) in the last over and Wild added some extra runs but Chidham ultimately fell humiliatingly short of the Westbourne target.

Man of the Match: Vinnie Smith (personal best with the bat 36 not out)