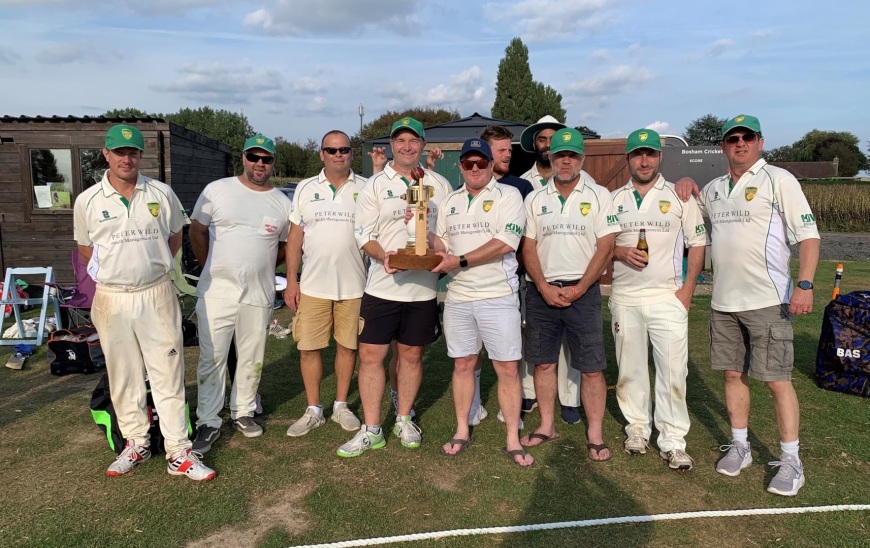 Hambrook won the toss and elected to field first

Chidham made it two wins on the bounce after a comprehensive victory over local rivals Hambrook in the 2021 Chidbrook Cup at a sunny Bosham on Sunday afternoon.

Half of the players attended the Barleycorn pub for a pre-match fry up before heading down to Bosham where Hambrook captain Tom Phizackerley won the toss and put Chidham into bat first.

Peterson and Selves quickly made 27 runs and forced retirement and further down the batting order Adjit joined his colleagues back in the clubhouse with a fine batting display of 28 runs. Skipper Davey was bowled for 5 early in the innings by Van Niekerk and O'Donohoe (14) and Wild (4) also got their marching orders when being caught out from a Smith and Phizackerley ball respectively. A. Clark (4) was bowled LBW by Phziackerley, Cummings (12) was bowled by Walmsley, Parker took the wickets of Turner LBW (6 including a fine 4) and Pine (13) with a splendid catch and Pink got a late wicket when Lane (10) was caught on the boundary by Maynard. Peterson and Selves added a few late runs when being called back from retirement leaving Chidham on 165 for 7 off their 20 overs.

While most of the Chidbrook players enjoyed a relaxing tea with their families and friends, Simon Scully-Horner kindly organised a cricket match for the 20+ children in attendance with the younger group just coming out on top.

Maynard and Phizackerley opened for Hambrook and both players secured 25 runs and forced retirement within the first 8 overs to make the unlikely chase a distinct possibility. But the runs started to dry up for the middle order and Parker (11) went LBW to a Davey ball, Van Niekerk (12) was caught behind from a Wild ball and Smith (14) was stumped when trying to launch a Sambhi leg-breaker. Pink (10) and Walmsley (4) added some late runs but Hambrook ultimately fell 30 runs short of their target, but on a positive note only losing 3 wickets in the process.

The Chidbrook cup was presented to Keith Davey by the Barleycorn landlady Kelly and both sets of players returned to the Barleycorn for some light refreshments where Davey secured his second win of the day on the club scratchcard.

Man of the Match: Ajit Sambhi (quick fire 28 runs and a wicket) 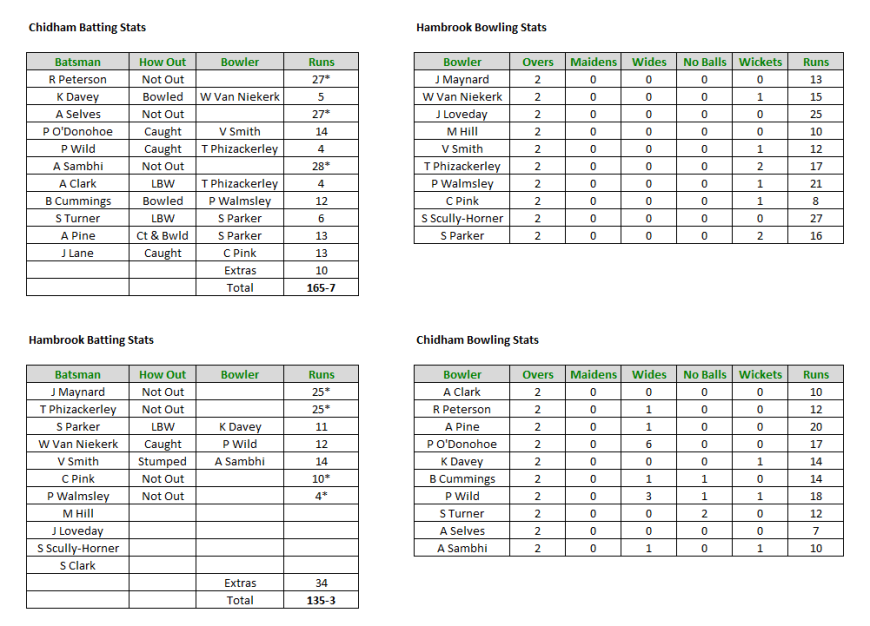