Hawks Continue Their Dominance Over Raymarine 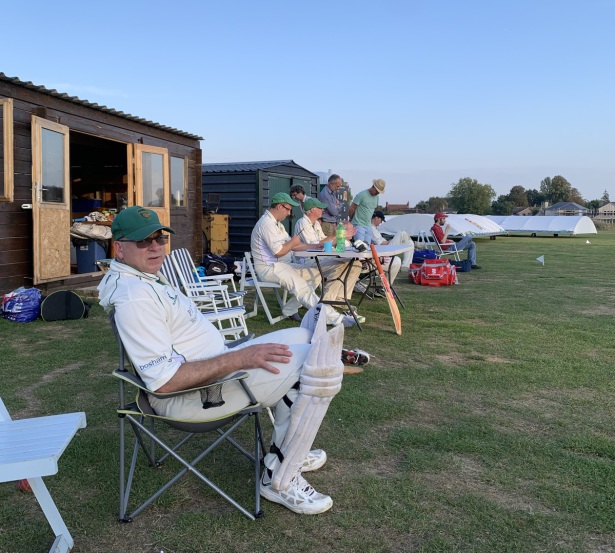 Raymarine won the toss and opted to bat first

Chidham & Hambrook continued their dominance over Raymarine with a 5 wicket victory at Bosham on Tuesday night -  their fourth straight win against the Bedhampton side since the fixture first started four seasons ago.

With the Hawks forced to field first and preferred opening bowlers Dungar and Gursaant both running late, stand-in skipper Vinnie Smith had to opt for plan-B with Andy Clark and Alex Young stepping up to the plate. He was not to be disappointed though as the visitors were four wickets down within the first six overs. First Andy Clark bowled out opener Sayer for a duck and then Phizackerley ran out Collins (1) with a quick thinking accurate throw. Alex Young recorded two wickets taking down Bert (8) and Keppis (8) thanks to excellent catches from Willem and Steve Clark behind the stumps leaving Raymarine on just 16-4.

Bradley and Hicks managed to halt the early onslaught despite some tidy bowling from Phizacekrley and Gursaant and both batsmen eventually reached forced retirement on 27 runs a piece. Phizackerley took the wicket of the incoming Nicholls for a duck (caught & bowled) and some late runs from Wellen and Moore left Raymarine on 105-5.

Young and Gursaant opened for the Hawks and both players looked capable of reaching retirement but Gursaant was bowled for 16 by Nicholls and Young was unexpectedly caught from a Swift bowl on 9 runs. Tom Phizackerley came in at number 3 and made it a personal  match to remember by easily scoring the 25 runs needed to get back in the clubhouse and Van Niekerk also added 15 runs to the Hawks total with a couple of huge sixes before being bowled by Wellen. Horner and Smith were soon out but Dungar (22 not out) put in a superb performance with the assistance of A Clark (5 not out) to get Chidham over the line with 17 balls and 5 wickets to spare.

Hawks Man of the Match: Tom Phizackerley (run out, wicket and 25 not out) 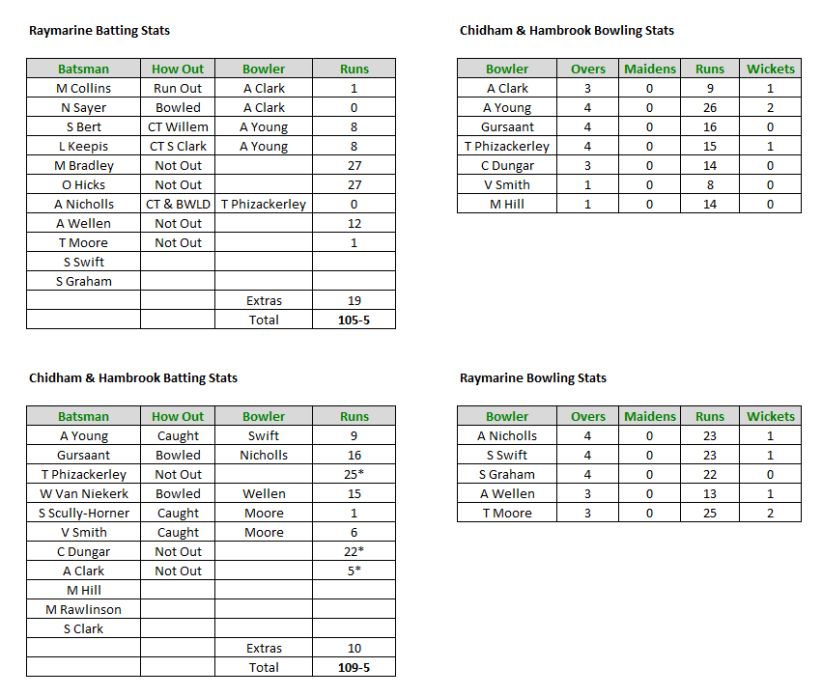