Chidham & Hambrook rounded of their season with an emphatic victory against a young and enthusiastic Bognor team at a windswept Regis Oval on Thursday evening.

With only half of the Hawks team present for the early 5:30pm start, Bognor kindly volunteered to field first and Smith and Wild opened up the batting for Chidham - Wild was soon gone for 0 but Smith and number 3 O'Donohue built up a good partnership with the former retiring on 26 and the latter reaching 15 before being caught.

A Clark (17) and Tom Phizackerley (23) both had good knocks and then Davey and Colley added some late contributions to leave the Hawks on 114-5 from their allocated 15 overs.

The young Bognor side put up a very good fight but they were no match for the tight bowling of the Phizackerley brothers with Joe taking 3 wickets for just 7 runs from his permitted 3 overs (at one stage he was on for a hat-trick after Colley took two almost identical catches). Colley, Clark, Smith and Davey tidied up things for the Hawks leaving the home side 42 runs short of their target.

That's another season wrapped up for the Hawks and things certainly improved towards the end of the season with 4 wins in the last 7 games (4 wins from 15 games in total) and now all sights are set on the Chidbrook Cup (Sep 18th), Golf Society day (Oct 29th) and AGM (Nov 12th).

Man of the Match: Joe Phizackerley 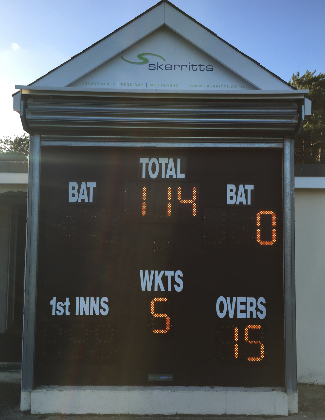 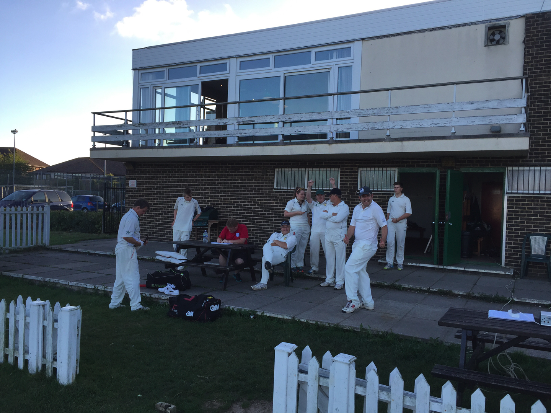 The Hawks players outside the Bognor clubhouse 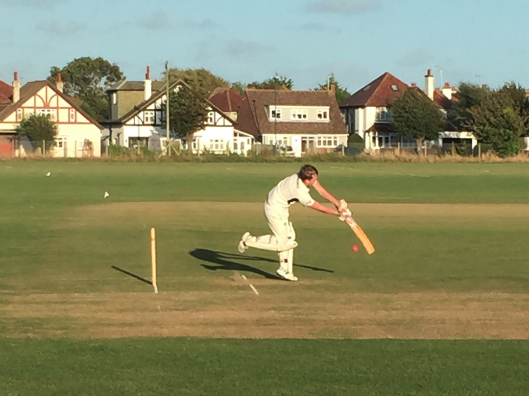 Charlie Colley knocking a 4 late in the Chidham innings