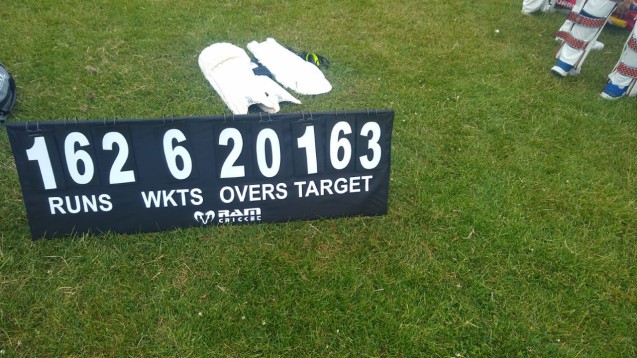 Hawks recorded a comprehensive 68 run victory over Lou's Casuals on Wednesday night. Peterson (34), Wild (25) and Gottesman (34) all reached retirement with Big Ben also reaching the Eastern Road with one of his explosive shots. Davey (18), O'Donohoe (15) and Hill (14) also provided significant contributions in an innings which saw the Hawks finish on an incredible 162 runs for 5 wickets.

Two wickets a piece for Andy Clark, Matt Hill and Rory Peterson and some impressive bowling all round restricted the hosts to just 94 runs from their 20 overs.

Man of the match: Rory Peterson (34 not our and 2 wickets)