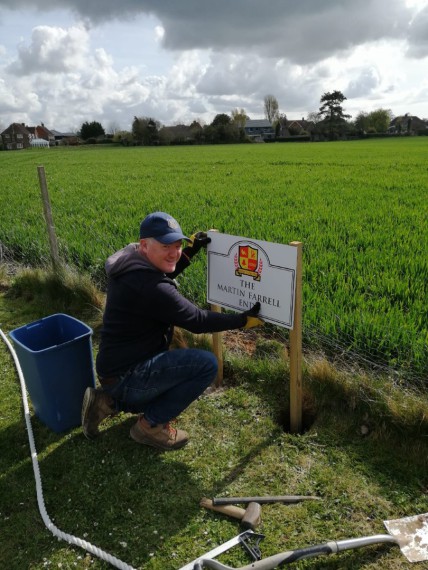 Hawks got the 2022 campaign off to a winning start with a comfortable victory over nine-man Bosham in the Chichester Harbour Gin Trophy on Thursday night.

Following a busy pre-season, which saw numerous Hawks and Bosham players carrying out essential maintenance at the Delling Lane ground, the pitch and wicket looked in magnificent condition.

Bosham won the toss and put Chidham into bat first with Scully-Horner (1), Davey (2) and Cummings (1) all receiving their marching orders early in the game. Peterson (31) and A Clark (28) enjoyed good knocks and forced retirement with Gursaant (26) and J Maynard (26) also following suit. M Hill received the first duck of the season which was recorded later in the evening on the club's large rubber duck which will be used as a prize at the end of the season. M Maynard (4), S Clark (1) and S Turner (6 not out) also contributed to the final tally which stood at 139-6 off the 20 overs. Lizo took 3 wickets for Bosham in his quest to retain the CHG Trophy top bowler award.

The Bosham openers started off well but Jez (18) was finally bowled by Davey and Clark took the wicket of Glennie (13) after a catch from Peterson. Gursaant bowled Purser (24) who was close to forced retirement, a feat which Harvey (26) and Conew (26) both managed to accomplish. In the end Bosham fell 12 runs short of their target after some neat tail end bowling from the Hawks.

Hawks travel to Lavant on Sunday.

Hawks Man of the Match: Andy Clark (28 runs retired and one wicket for 17 runs off 4 overs) 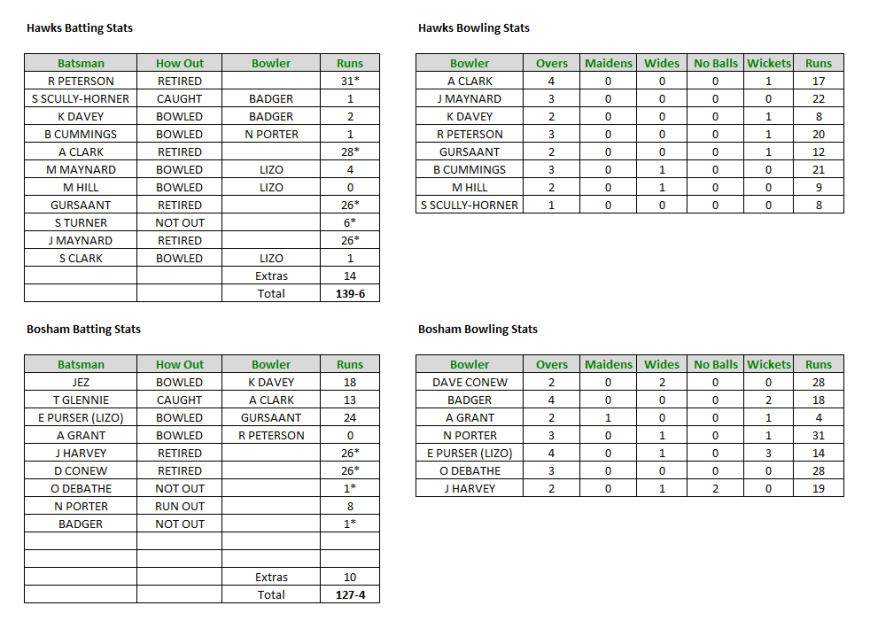